Primary alerts are the signal there is a new patient case. Acknowledging alerts is a critical step in letting the rest of the team know you’re aware of the patient.

Alerts for new patient cases can appear on your mobile device a few different ways. On a locked screen, an unlocked screen or with Pulsara running in the foreground. 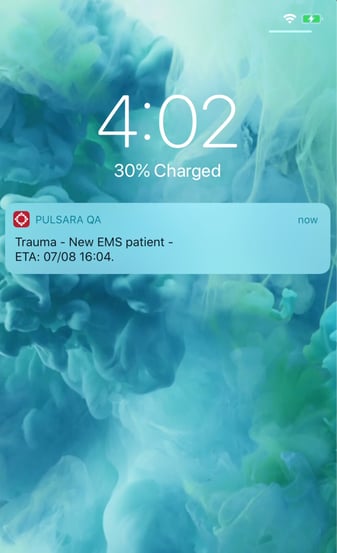 Alert behavior can vary in Android, depending on the device and the Android version. If your screen appears dim, navigate to the notification area to see the alerts.

(Alerts can be silenced with the power button, by swiping away the notification, or by pressing the volume down button once on iOS or twice on Android.)

If you do not acknowledge the patient, you’ll continue receiving an alert about this patient every two minutes until the acknowledgement occurs.

Unless the Pulsara app is already open and visible (in the foreground), you’ll need to enter your PIN after typing or swiping the incoming alert. 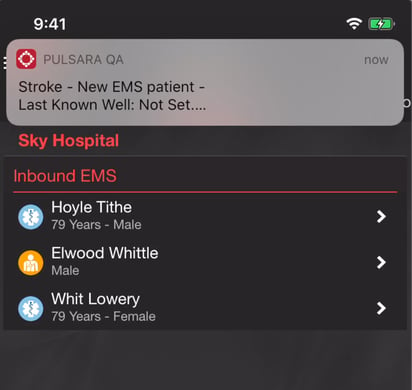 If your device is locked or asleep, after tapping on the Pulsara patient alert the PIN screen will appear. After PIN-ing into Pulsara, the patient is acknowledged and you’ll be directed to the patient screen.

If Pulsara is already open, the alert will appear for a few moments before it hides (on iOS this depends on how alerts are configured). If an alert hides before you can see it, don’t worry you can always open it from the notification area. 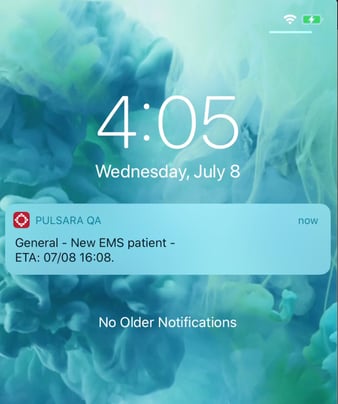 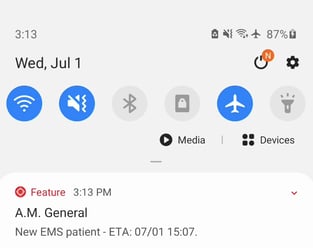 If you miss the first alert, you can also acknowledge the patient from within Pulsara by going to the list of patients and tapping on the patient. Patients that appear green in the list have not been acknowledged by you. 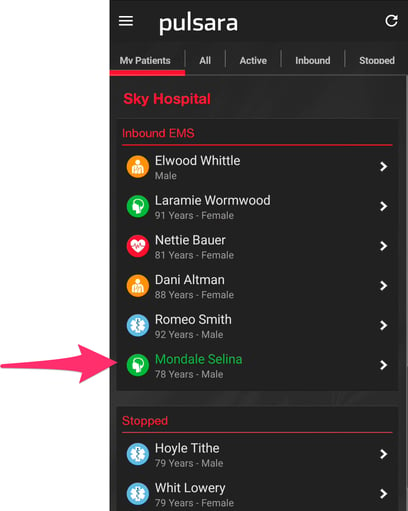 In the team area on the patient screen, you can see what teams were alerted about this patient and how many team members have acknowledged the patient. 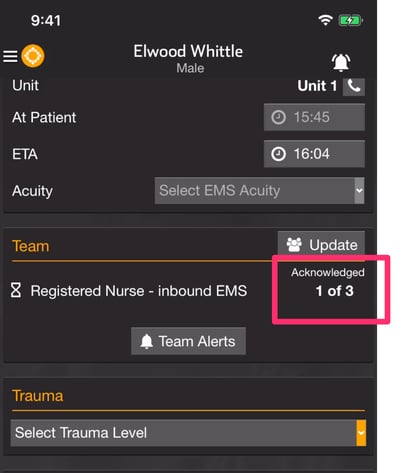 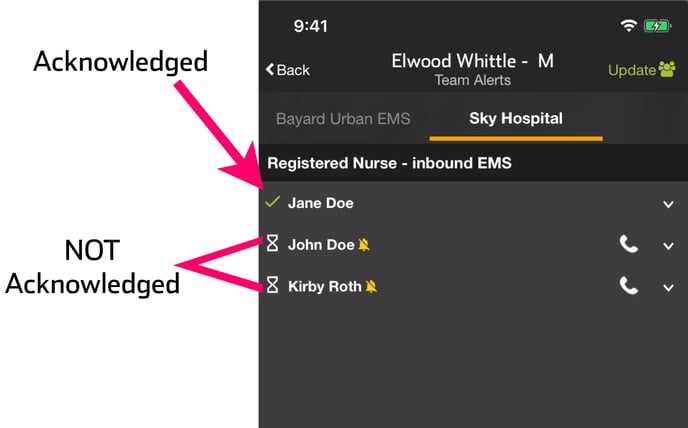 The bell next to each team member indicates that the person cannot currently receive alerts for this patient. 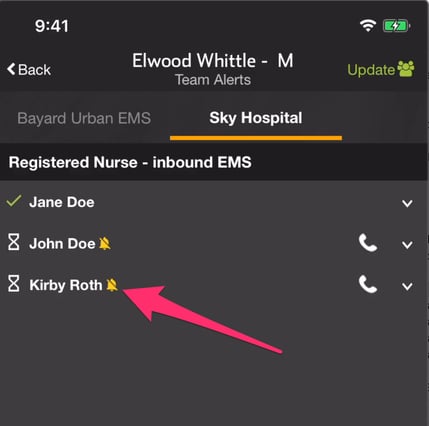 Within Pulsara MANAGER, there’s an important team setting that will determine if your teams can acknowledge EMS created patients. If you are a member of a team that has this option set to ‘yes’, EMS will receive an alert that the patient has been acknowledged. 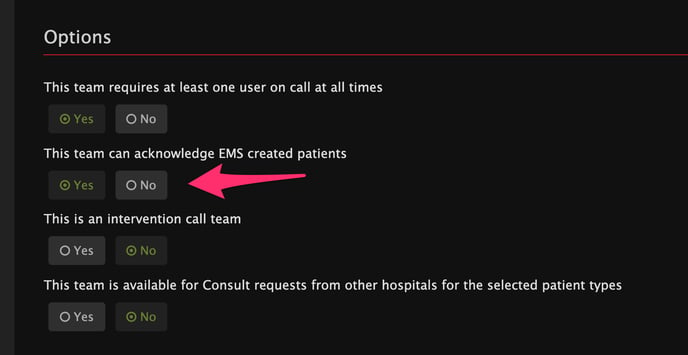 Acknowledging patient alerts swiftly and accurately can improve team communication and patient outcomes by letting others know that you are aware of the patient.